Blasko is brains behind tournament's success 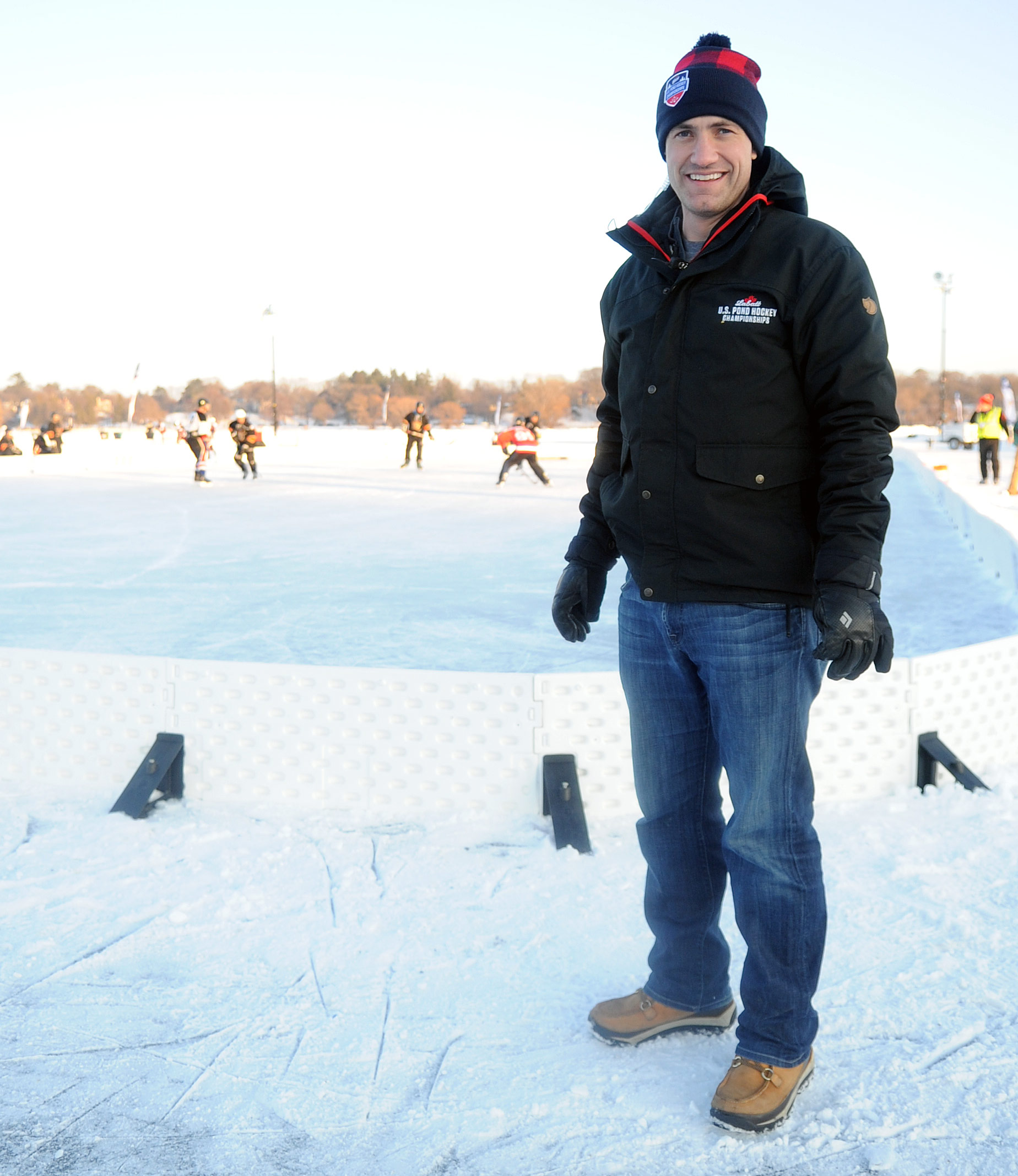 SportsEngine co-founder and chief technology officer Greg Blasko has been instrumental in the success of the U.S. Pond Hockey Championships.

Guns N’ Roses is blasting through the sound system, hockey players toting bags of gear and championship dreams are milling around the check-in table and adult beverages are flowing as easily as water from a faucet inside the massive white warming tent looming just off Lake Nokomis’ snow-covered beach.

The Greatest Show on Ice, officially known as the Labatt Blue U.S. Pond Hockey Championships, is underway, and the Minneapolis-based event is running as smooth as freshly Zambonied ice.

Pull back the curtain on the heart of the operation (literally, there’s a curtained-off area just behind the player check-in area) and there’s a good chance Greg Blasko can be seen pecking away at his laptop -- entering scores, tweaking schedules and pushing tourney information to the banks of big screens hanging inside the tent.

When SportsEngine was approached with the idea of buying the event back in 2011, it was the presence of Blasko, the Minneapolis software company’s co-founder and chief technology officer, who made taking over the reins of one of the nation’s largest outdoor hockey tournaments sound eminently do-able.

For more than half of SportsEngine’s decade of existence, Blasko might as well have been titled chief logistics operator. As a one-man human resources department, he was in charge of hiring, payroll, accounting and most any other task that didn’t involve sales or marketing. He was also handling all of the company’s IT needs (including handing out laptops to new employees) while helping lead the software development team.

“The Ultimate Operations Guy” is how Blasko is described by SportsEngine co-founder Carson Kipfer. 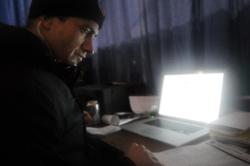 “By the time we went to buy the pond hockey tournament, Carson and I were pretty spoiled,” SportsEngine co-founder Justin Kaufenberg said. “Without Greg, we couldn’t have bought it in the first place, and we certainly couldn’t have been successful.”

While most of the menial tasks associated with running the pond hockey tournament have been outsourced over the years, Blasko still oversees several crucial components, most notably scheduling. While the configuration of the tournament’s divisions has changed multiple times over the years, Blasko still can recite the number of teams in each division in 2011 from memory (160 Open teams, 20 40-Plus teams, 20 50-plus teams and 32 Rink Rat teams).

Ever since that first year under SportsEngine ownership, Blasko has been in charge of determining who plays when and where during the three days of competition on the lake's 25 temporary rinks. He used what he described as an “a mess in Excel” to first configure the schedules.

“The first year it was a multi-day process in terms of attempting to build something that would just allow us to figure how many games we needed to schedule,” Blasko said. “There was no algorithm, there was no script, there was no way to somewhat automate that.”

A few years later, with the release of SportsEngine’s Tourney software that Blasko helped develop, dozens of hours were shaved off the scheduling process. Now Blasko had a grid that would allow him to see what was happening on all 25 rinks at any given time slot. With Tourney, Blasko could easily make adjustments large and small to the schedules with a few simple keystrokes. Conflicts such as two teams scheduled for the same rink at the same time are color coded, making them easy to identify and correct.

As the time devoted to building basic schedules has decreased, Blasko’s ability to scheme schedule-related nuances that improve the tournament experience for players has increased. 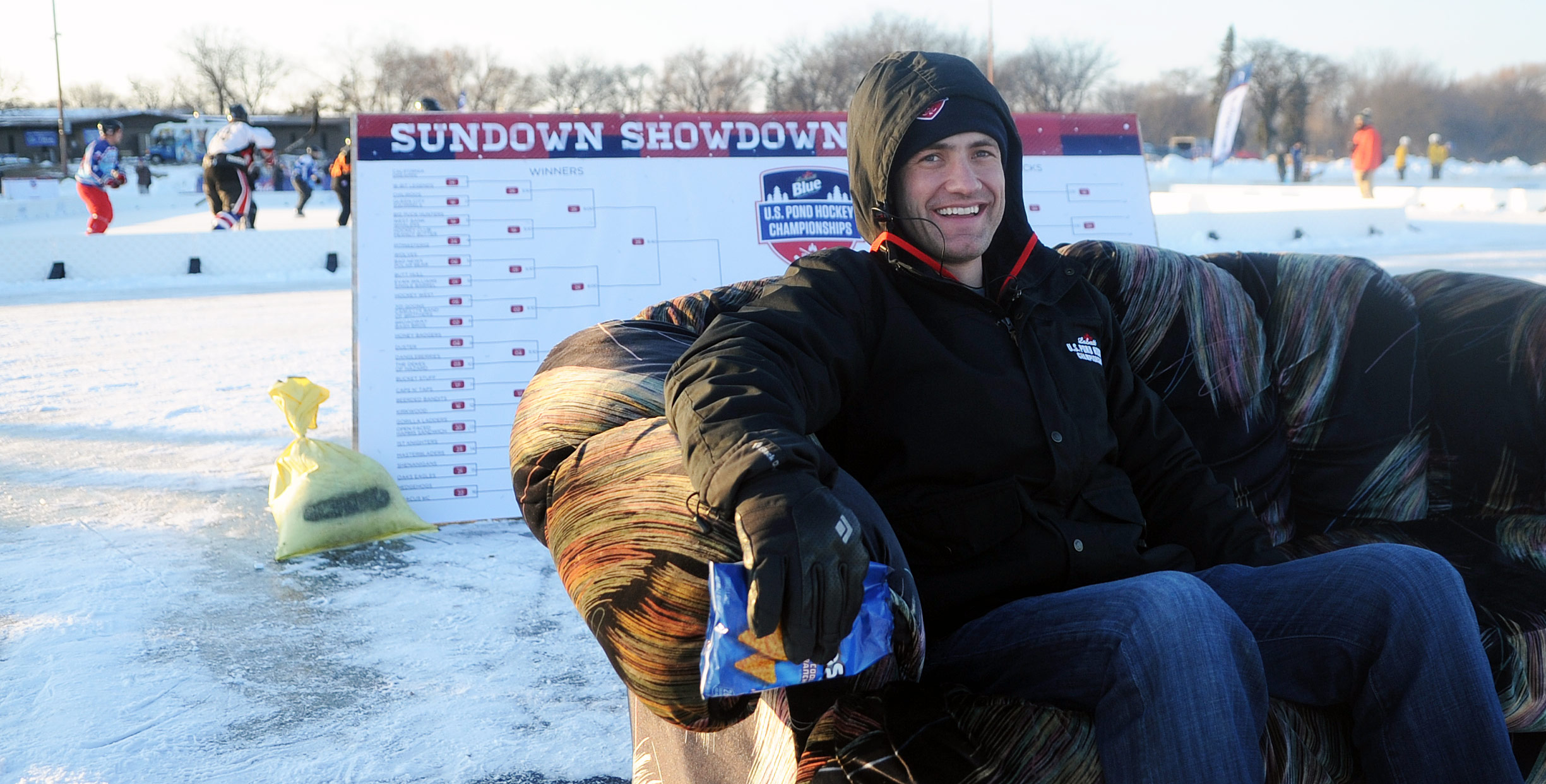 “We have two Zambonis running out there, and there are opportunities for them to jump on open rinks,” Blasko said. “But they only have about about 45 minutes to get to those rinks, so we try to space the open rinks together as close as possible so they aren’t wasting time driving back and forth across the lake.”

This year an even deeper layer of scheduling nuances was available through the still-in-progress development of a new scheduling engine. The new technology allowed the tournament to expand to a record number of teams (more than 250) and games (200 were played on Friday and a whopping 275 on Saturday) and make the addition of a tournament within the tournament (Friday night's Sundown Showdown) possible.

The software has the capability of allowing for any number of rules and variables to be introduced to the scheduling process. As a non-pond hockey example, if a coach had two teams in a tournament the software could ensure those two teams aren’t playing at the same time.

“Greg has had more of an impact on the success of this tournament than anyone else,” Kipfer said about Blasko, who as student at the University of Wisconsin-Eau Claire was running multiple events in a mountain bike racing series. “We’ve been able to capture his experience and his knowledge, and use that to influence our products.

“That is the really awesome thing, to take all of that secret sauce and hundreds and hundreds of man hours that go into his experience and understanding of how to run something like this, and then make it accessible to someone else who is running a tournament.”

“I remember watching this this college kid put on a entire series of races, covering everything down to the last detail,” Kaufenberg said.

"This year was the first year that our artificial intelligence scheduling engine was actually used to schedule this event,” Kaufenberg said. “Primarily, it’s job is to automatically do what Blakso would have done anyway.”