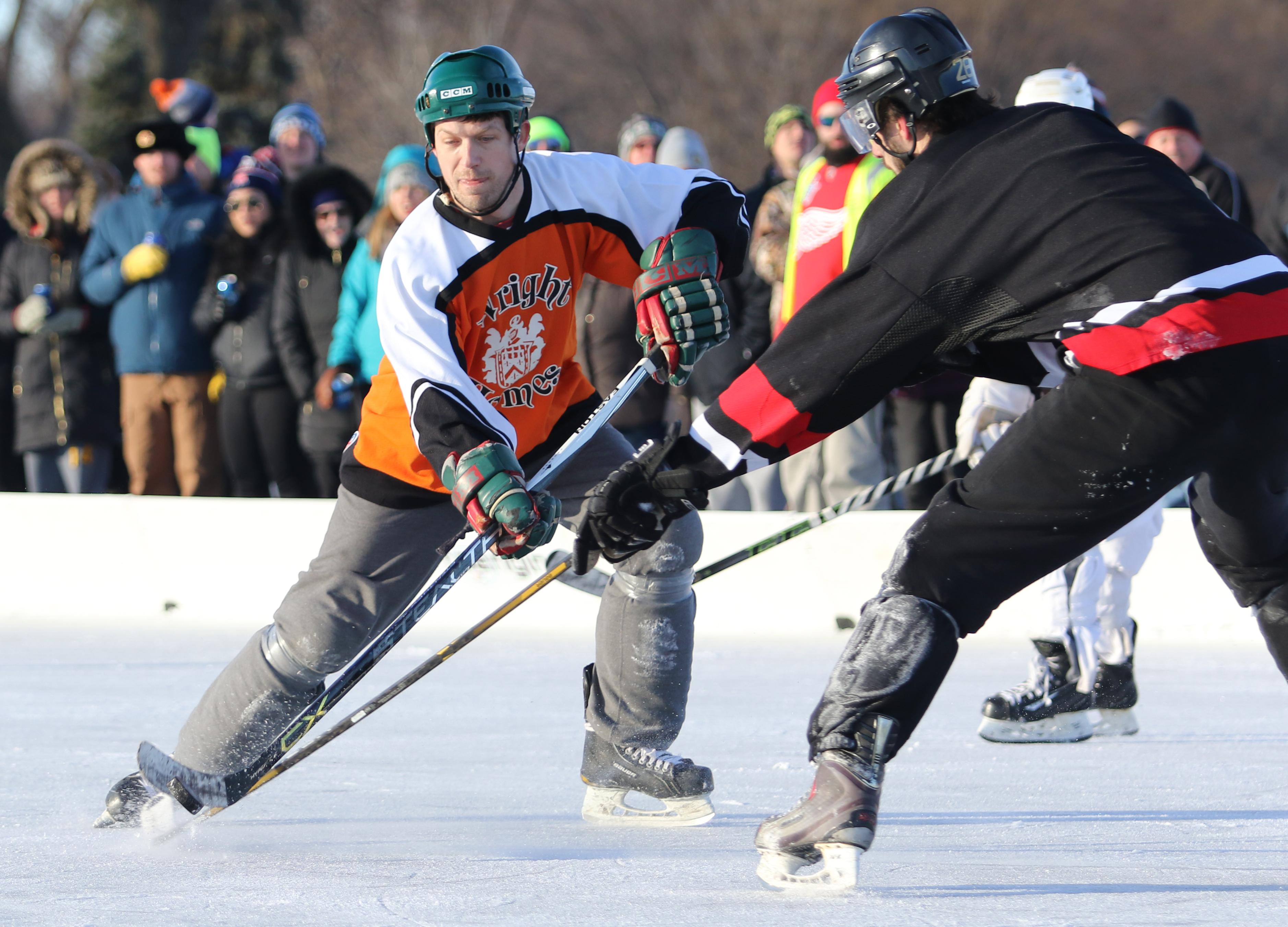 Never heard that one before? Consider the case of Steve Aronson.

When last we heard from Aronson, he was playing for a team called Kip’s Pub in the 2011 Labatt Blue U.S. Pond Hockey Championships. Aronson, a Minnetonka native and former St. Thomas University scoring wizard (102 goals in four seasons), holds the distinction of being the first player to sign a professional contract with the Minnesota Wild.

Aronson never did suit up for the Wild, instead playing three seasons in the minor leagues. When Aronson’s pro career ended, his pond career began. For several years he was a mainstay on some of the pond’s top teams, including one cleverly named after former Minnesota North Stars goaltender Kari Takko.

But the birth of Aronson’s first child and a then-fledgling coaching career (he’s in his ninth season as an assistant boys’ hockey coach at Minnetonka) effectively halted his pond glory days before they could really get rolling.

“With coaching and the kids, it was the right thing to do,” Aronson said about his retirement. “But I would always come out on Sunday and root on the guys and have a few beers.”

Which brings us to this year, specifically championship Sunday. As is tradition, come late afternoon, Aronson had a beer in his hand. But this time, he had a hockey stick in the other. And his trademark Wild-green helmet strapped on his head.

Yes, Aronson, for years the pond’s most coveted free agent, had finally been lured out of retirement and onto none other than Wright Homes - Four Star Hockey, the reigning kings of the pond. Aronson scored a key second-half goal to help Wright Homes - Four Star Hockey ease past Lululemon 5-1 for the team’s record seventh Open Division championship (no other team has won more than two). 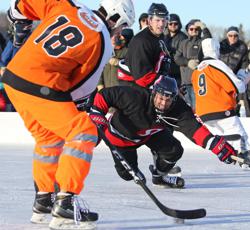 Dan Donnette of Wright Homes (18) looks for an opening past onrushing B.J. Bayers of Lululemon. Photo by Cheryl Myers

(Former) Pond hockey truism No. 2: Winning back-to-back U.S. Pond Hockey Championships Open Division championships can’t be done. Wright Homes won the inaugural championship in 2006 and again in every successive even year. The odd years? They hadn’t gone so well for Wright Homes until Sunday, when they became the first team to repeat as champions.

“I don’t care who you have leave your team, when you bring Stevie Aronson in, it is a significant upgrade,” said Wright Homes’ Geno Parrish.

Turns out that Curt Wright, the architect of the Wright Homes dynasty, has cut back on his competitive playing in exchange for coaching his kids’ youth hockey teams. Wright’s departure to form a Wright Homes 40-Over Division team (it lost in overtime in Sunday’s championship) left an opening on the Open squad.

In stepped Aronson. One pond legend replaced by another.

“We are going to give a whole lot of crap, to PG this up, to Curt Wright,” Parrish said jokingly. “Because, obviously, we trim the fat, and we go back-to-back.”

Wright was the first to congratulate his former teammates, his first hug going to longtime friend and fellow Wright Homes founding father Dave Bakken. The second going to Aronson, the man who took his place.

“That’s not a bad change,” Lululemon’s Cole Koidahl said about the Aronson-for-Wright swap. “They have got their players, and they play their system.”

Lululemon’s system proved highly successful, too. It allowed a division-low 12 goals in four pool-play games and won its quarterfinal and semifinal games Sunday by scores of 3-2 and 4-3. 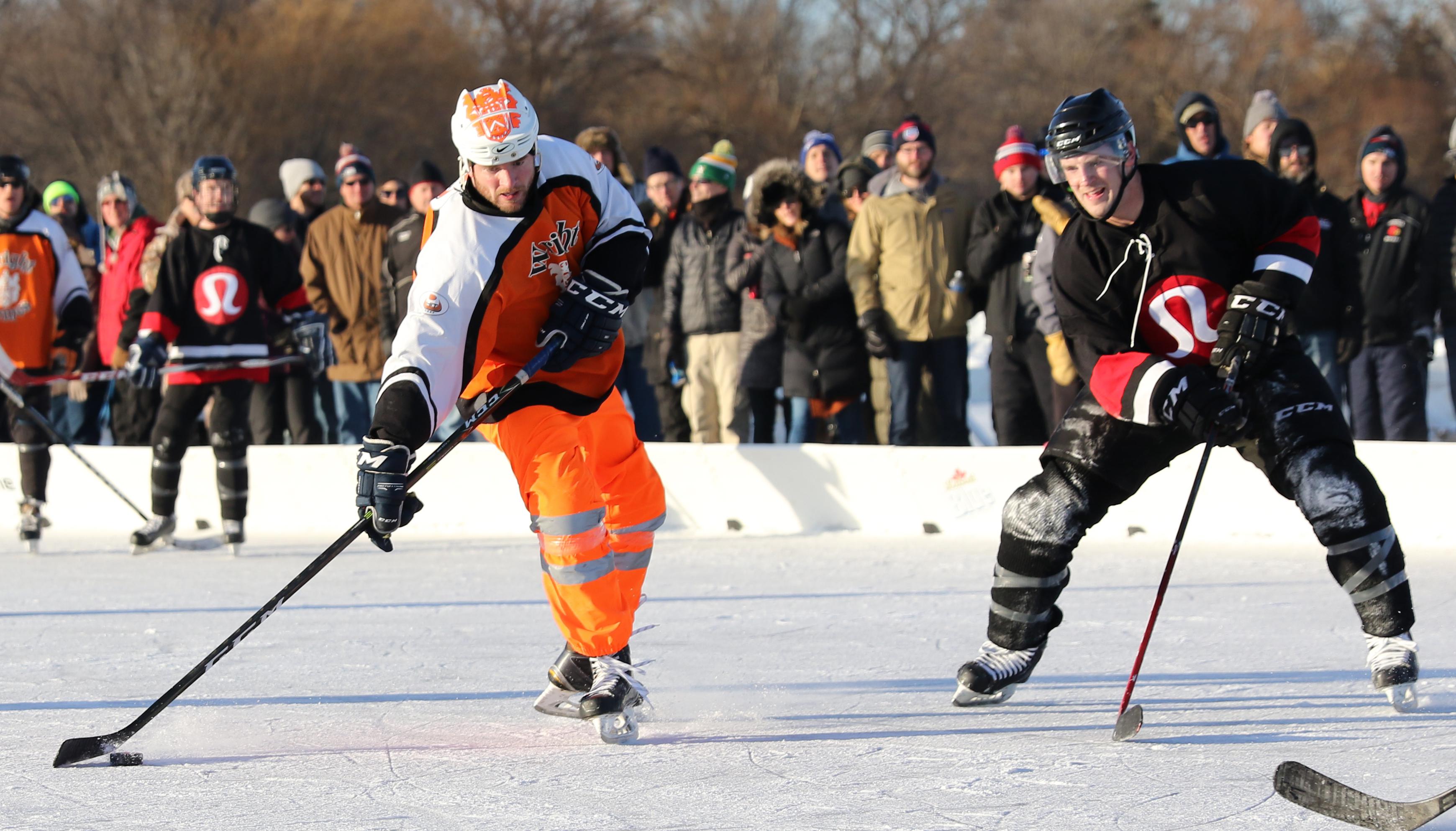 “We kind of pride ourselves on playing good D,” said Koidahl, a Minneapolis native who along with teammates B.J. Bayers and Tim Olsen all played at the University of Connecticut.

That same core group of Koidahl, Bayers and Olsen also reached the championship game in 2015 as Old. No. 7, losing 11-7 to Surge Cycling/Red Army. Last year, as Lululemon, they lost 3-1 to Wright Homes in the semifinals.

On Sunday, Lululemon had four goals disallowed for a variety of reasons (two shots were ruled to have been taken beyond half ice, on another the wooden box that serves as a goal had been knocked out of position before the puck entered one of its openings). Wright Homes also was awarded a penalty shot (Parrish missed) in the first half.

“Just a little bit of luck, and I think we’re right there,” Koidahl said. “We were just dying toward the end because we started pushing. And they just exposed us, and then played keep away. It’s hard to play that way.”

Playing Wright Homes is hard, period. No one knows that better than Aronson.

“Having watched them and played with them, besides the fact that they’re very good, very smart hockey players, they are the type of players that have a lot of effort, and a lot of pride” Aronson said. “And I think that is really difficult to play against, and it can have a grinding kind of effect. That’s what I see, and I’ve played against them before.

“It’s not a light day, you know, to say the least when you play Wright Homes.” 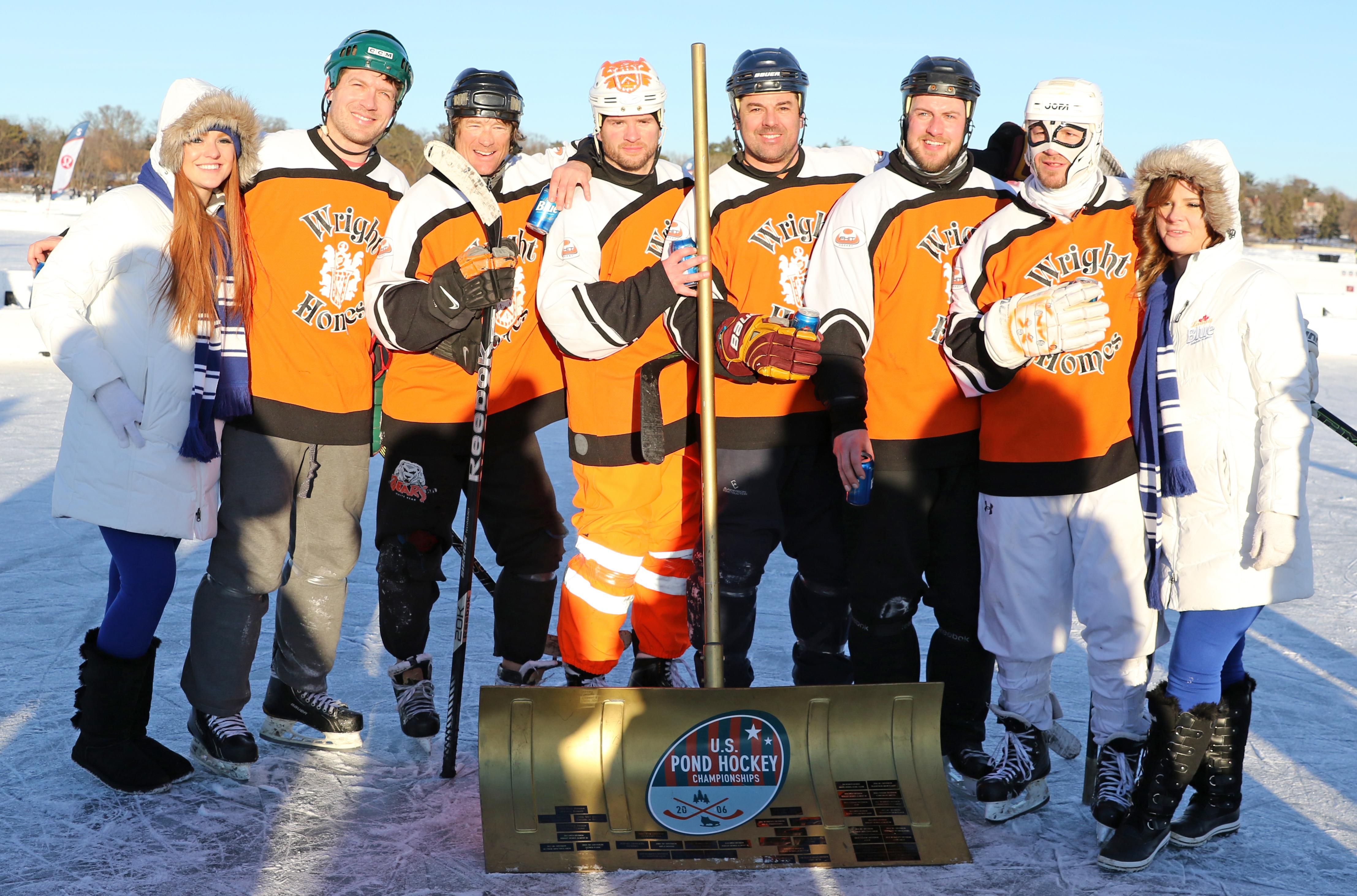 Evan Williams Single Barrel of the Cedar Division captured the inaugural Sundown Showdown title on Friday night by winning six games. The team, which includes Kentucky natives and brothers Derek and Deron Steinbrecher, followed up the Sundown Showdown championship by going 4-0 in pool play with a goal differential of 63-6. On Sunday, Evan Williams Single Barrel won five more games in single-elimination bracket play to win the Cedar Division title. For those keeping count, that’s 15 games in a span of three days, all victories. … Tradition Mortgage won its third-straight 40-Plus Division title with a 7-6 overtime victory over Wright Homes. Tradition Mortgage won despite losing one of its six players to injury in the opening minutes. … Bigger, Redder, Older and Colder defended its Women’s Division title with an 8-5 victory over Shenanigans. … Riverfront Athletic Club beat defending champs Minnesota Inline Hockey 10-7 to win the Rink Rat Division.